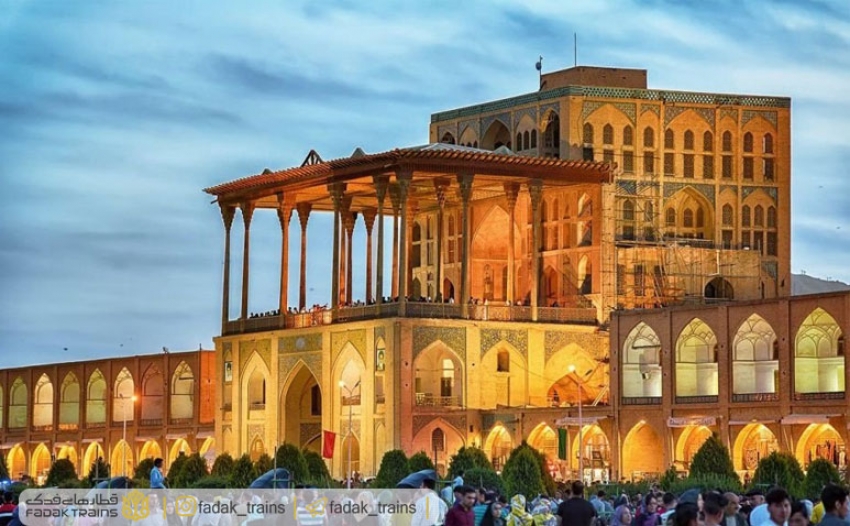 Isfahan steelworks started production in 1971 and is planned to double its present output of 1.900.000 tons in the coming years and make Iran self-sufficient as regards steel production. The Zayandeh-rud River watering gardens and fields with its numerous tributaries along its 360km. course, flows from west to east through the city, and divides off Jolfa and some other suburbs from the main part of the city, but most of the main attractions are to the north of the river.

Discover Half of the World in half-day

This tour organized for tourists who would like to touch the real life of people by walking among local people.
Isfahan is Iran's masterpiece, one of the finest cities in the Islamic world. That's why people called it "Half of the world". It was the capital of Iran in a number of the post-Islamic periods, but its golden age was during the Safavid dynasty in the 17th century. Isfahan with numerous monuments for which it is world-famous has the greatest attractions for tourists. It is really a museum in the open air. In the late 16th century, Isfahan was flourished due to the will of "Shah Abbas the Great" and the trading skill of Armenian settlers. You have a good opportunity to get information about some less heard stories of old Isfahan.

We will set a point near to your hotel and Naqsh-e Jahan square. Then, we will walk to the center with some descriptions about Iran, Isfahan and the topics you are interested to know like art, history, culture, and architecture. Chehelsotoun Garden/Palace is located on the way and we can visit the reception palace of the Safavid dynasty which is a UNESCO world heritage site. We visit Naqsh-e Jahan Square, Grand Bazaar and the three monuments (Ali Qapou palace, Jame Abbasi and Sheikh lotfollah Mosques) from outside.

More in this category: Tehran tours »