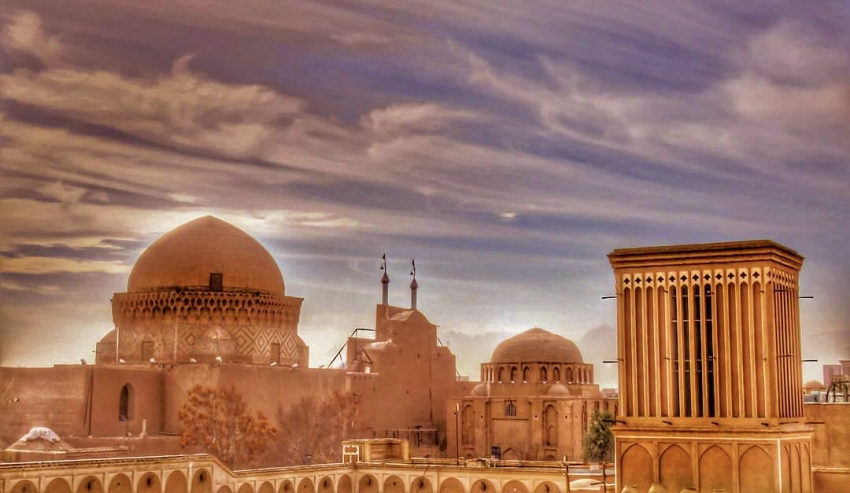 The ancient city of Yazd has many unique attractions such as gardens, lofty wind catchers, beautifully decorated mosques and mud brick houses some of which have been converted into boutique hotels. The view of old parts of the city atop the roofs of the houses really spectacular and worth a try. Moreover, the birth place of Zoroastrian religion is filled with many ancient, historic and eye catching fire temples. In the city of Yazd you can buy Termeh, which is a kind of fabric used for decoration and so many kinds of yummy sweets to take home as souvenirs. This recently registered UNESCO world heritage city has a marvelously unique architecture which is a subject to be examined by the tourists and make them busy during their tour and travel to this city

Yazd is one of the desert cities of Iran and its unique and distinguished architecture will definitely make you one of the lovers of this marvelous city. The city of Yazd which is famous as the city of wind catchers has been registered by the UNESCO as World Heritage due to its fantastic architecture. Thatched (mud and straw) houses with Persian architecture which have been converted into boutique hotels and traditional hotels today, can be your choice in this city. Most hotels and accommodating places of Yazd, are boutique hotels and they are often located near the major attractions of the city and are attractions by themselves. In this city with houses made of mud bricks you can visit many ancient attractions such as Dowat Abad Garden, Pir-e Chak Chak, the Jame Mosque of the city and so many other monuments. Another feature of this city is the lofty wind towers of this desert city that worked as ventilation systems to make the houses cooler during the hot summer days.Another advantage of this city and its attractions for the visitors is that most of the main sites can be visited on foot.

More in this category: Lacus velit »