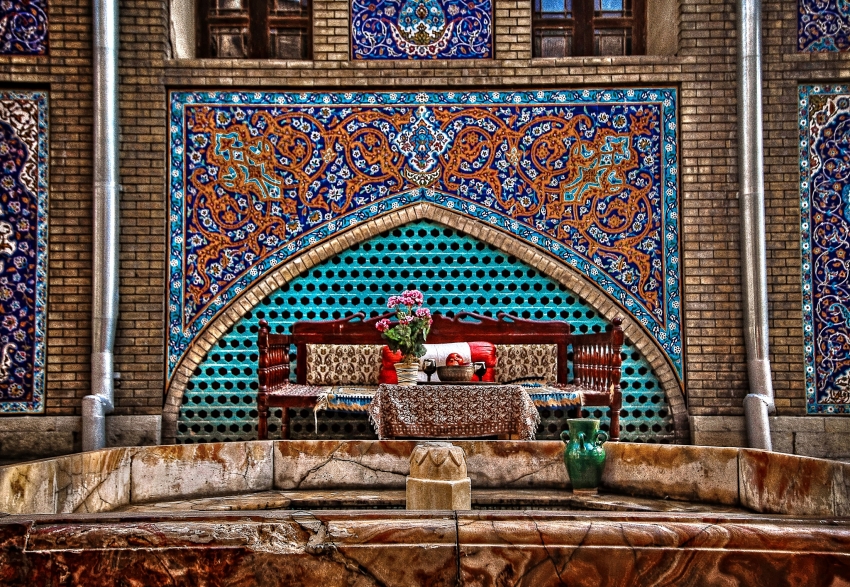 Fifteen million people call Tehran home. While some may tell you that this loud, crowded city is lacking in charm, its vibrant, cutting edge culture and fast-paced lifestyle make every day here an adventure. Take a private Tehran tour and let a local guide show you what makes this Iranian city's heart beat. Tehran is packed with fascinating museums; the National Jewels Museum and National Museum stand out for their collections of treasure, art and historical artefacts. Visit the Golestan Palace, whose origins date back to the 16th century; the complex is a stunning monument to the glories and excesses of the Qajar rulers. If you enjoy shopping, your guide can help you barter or just browse for souvenirs at the Grand Bazaar. At the end of your tour, your guide will be happy to help you choose a restaurant to enjoy some of the superb local cuisine. Whether you are interested in ancient history or the contemporary urban scene, a private Tehran tour can be customized just for you.

National Museum of Iran, aging more than 70 years, containing 300,000 museum objects in an area more than 20,000 square meters, is not only the largest museum of History and Archaeology of the country, but ranks as one of the few most prestigious museums of the world in regard to grand volume, diversity and quality of its huge monuments. In the Iranian museum tradition it is considered Iran’s mother museum, aiming at preserving relics of the past to hand down to the next generations, enhancing better understanding among world peoples and nations, discovering and showing Iranian’s roles in shaping world culture and civilization and trying to enhance public knowledge in Tehran Daily Tours Package you can enjoy this quite pretty museum in Tehran.

The building is situated in a garden with a span of 7,000 square meters and was used by Qavam himself till the year 1953.
Later, the building were sold to the Egyptians as the new premises for the embassy of Egypt and remained in their possession for seven years. When relations were strained between Iran and Egypt at the time of Abdul Nasser and subsequent to the closure of the Egyptian embassy in Iran, the Commercial Bank purchased the building.
However, it was sold to Farah Pahlavi’s bureau in 1976 and was turned into a museum by three groups of Iranian, Austrian and French architects. The museum was opened in 1980 and was registered in the list of national heritage in 1998.
Glassware and Ceramic Museum is administered by Iranian Cultural Heritage Organization. in Tehran Daily Tours Package you can enjoy this quite pretty museum in Tehran.

The background of National Jewels of Iran dates back to Safavid era in which it was decided that national jewels belong to National Treasury of government,i.e., apart from the personal properties of the sovereign. The valuable collections of this museum comprises of the pink colored diamond of Darya-ye-Noor (182 Carats), the Peacock Throne or Takht E Tavous which was built during the reign of Fathali Shah consisted of twelve different pieces (Joined together)and with 26,733 pieces of jewels attached to it.

A golden globe (atlas) of Naseeruddin Shah, with 34 kg of pure gold, having 51,366 pieces of jewels and weighing 3,656 grams. On this golden atlas or globe southeast Asia and Britain have been distinctly defined with diamonds, and India with rubies. Sculptured pieces of turquoise of Firoozeh and large pearls of the Persian Gulf have also been used to adorn this globe. in Tehran Daily Tours Package you can enjoy this quite pretty museum in Tehran.

Carpet-weaving is undoubtedly one of the most distinguished manifestations of Iranian culture and art, dating back to the Bronze Age, but as the materials used in carpets including wool and cotton, decay into dust during the course of time, archaeologists couldn’t make any special discovery during the archaeological excavations. What have remained for us from the early ages as evidence of carpet-weaving are nothing more than a few pieces of worn-out rugs.
Such fragments do not help very much in recognizing the carpet-weaving characteristics of pre-Seljuk period (13th and 14th centuries AD). Among the oldest pieces discovered are those found in Eastern Turkestan, dating back to the third to fifth centuries AD, and also some of the hand-weavings of the Seljuks of Asia Minor on exhibit in Ala’edin Mosque in Konya and Ashrafoghlu Mosque in Beyshehir, Turkey. These pieces attracted the attention of researchers earlier this century, and now they are kept in the Museum of Turkish and Islamic Art in Istanbul and the Mowlana Museum in Konya. in Tehran Daily Tours Package you can enjoy this quite pretty museum in Tehran.

The lavish Golestan Palace is a masterpiece of the Qajar era, embodying the successful integration of earlier Persian crafts and architecture with Western influences. The walled Palace, one of the oldest groups of buildings in Teheran, became the seat of government of the Qajar family, which came into power in 1779 and made Teheran the capital of the country. Built around a garden featuring pools as well as planted areas, the Palace’s most characteristic features and rich ornaments date from the 19th century.

It became a centre of Qajari arts and architecture of which it is an outstanding example and has remained a source of inspiration for Iranian artists and architects to this day. It represents a new style incorporating traditional Persian arts and crafts and elements of 18th century architecture and technology. in Tehran Daily Tours Package you can enjoy this quite pretty museum in Tehran.

The Grand Bazaar is a historical market situated in the capital of Iran, Tehran. Throughout its history, in addition to shops the Grand bazaar has contained banks and financiers, mosques and guest houses.